Kansans turn out in rally to defeat anti-abortion goons

There were many good shirts and many good signs, including a flag that looked like the Tea Party flag, they got from the US Revolution. But it had a uterus rather than a snake and said "Don't Tread on my uterus." 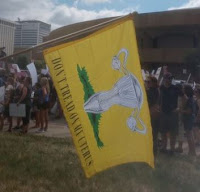 The crowd probably topped a thousand people. According to The Eagle,[1]:The crowd stretched further than from  to . They started at the then marched around to City Hall.

There is an issue on the ballot in August to change the Kansas Constitution to allow bans on abortion. Women across the state are gathering momentum for the vote. This is one of the most important votes in recent Kansas History. 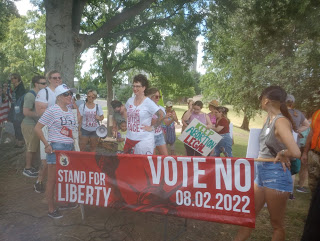 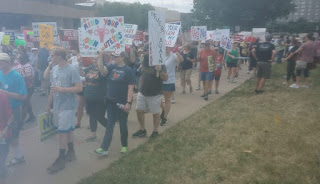 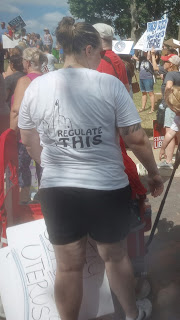 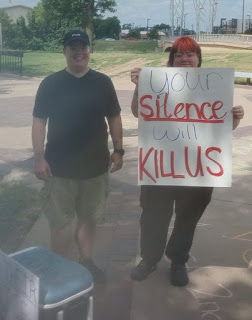