We all want cheaper gas…but at what price? This week, President Joe Biden has gone to Saudi Arabia, a country of virtually no human rights, no democracy an absolute dictatorship, one of the worst countries in the world, but he realizes that few Americans will blame him for pandering to a tyrant family that will provide us with cheaper gas prices. But this is a case of cheaper vs. human rights. We are virtually prostitutes’ if we accept Saudi oil!

Treatment of the Palestinian people is much like the black people of South Africa’s past  apartheid system. But at least he has called for a two state solution that makes part of Israel to be a Palestinians state. That is a great change from the ridiculous stupidity of former President Donald Trump.

So there are some positive positions, despite US commitment to the groundswell of gushing over the tyrant Israel government. Unlike the Biden government which wants to find diplomatic agreements with such advisories as Iran, Israel wants out right war. So Biden’s travels are a mixed bag….diplomacy over arrogant war and pandering to gas tyrants. Imperialism is well and alive today in the US dominated world. 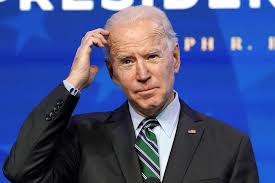