By SJ Otto
The press has been saying that Mike Pompeo will sail right through congress to become the next CIA director. But…WAIT…not so fast. “Sen. Ron Wyden of Oregon, a Democratic member of the Senate Intelligence Committee and a vocal privacy advocate, has formally objected to the Senate voting Friday on CIA director nominee Rep. Mike Pompeo's nomination after Donald Trump is sworn in as president, a source familiar with the situation told CNN Thursday.”
It seems that some in congress are concerned about Pompeo’s lack of respect for the privacy of law abiding citizens. Pompeo believes in spying on anyone at any time. According to CNN:

“Wyden also talked about his concerns Thursday when he told reporters the Senate needed "a little bit of time to examine" Pompeo's surveillance proposals.
"Mike Pompeo is proposing a brand new system of collecting an enormous amount of data on Americans, law abiding Americans, including life-style information, I think that's the kind of thing that you ought to take a little bit of time to examine," Wyden said.”

And from an earlier article in the Idiot Factor:

“As a veteran, I want our soldiers in the field to have the intelligence they need to perform their missions effectively. As a conservative, and member of the House Intelligence Committee, I take the balance between privacy and protecting American lives very seriously. I believe these anti-terror programs are crucial.”

But he doesn't take it seriously. He has gleefully supported the spying on innocent American citizens by the NSA. In fact he has supported the NSA when it has engaged in massive, illegal dragnet surveillance of the domestic communications and communications records of millions of ordinary Americans since at least 2001.
Pompoe even supports the use of drones for surveillance of American citizens.”

There is good reason to hold up Pompeo’s nomination.

To see the CNN article on Wyden, click here. 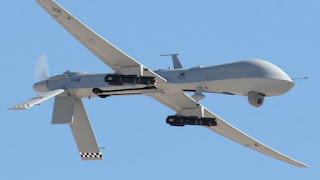