Once again I am writing about those who reject the one size fits all approach of the 12 step programs and other outfits that simply refuse to recognize the short comings of some programs for those who want to stop drinking.

One major problem I have with the 12 step programs is that we are not supposed to use "any mind altering drugs." To do that would be to temp the patient with what they call "triggers," that is, various things that tempt a person back into alcohol. Below is an article that discusses what people are calling " “California Sober,” that is people who are giving up booze, but not all drugs. The patients are supposed to stay away from everything that might get them high, including marijuana and psychedelics, such as magic mushrooms. To use these may give a person the call back to using alcohol. That may be the case with some people. But for those of us who are rejecting that rigid doctrine, we want to decide for ourselves what other drugs/chemicals we want to use in place of alcohol. And yes, some of us want to use other drugs/ herbs rather than the heavily destructive alcohol.

As stated by Demi Lovato, in her newly released documentary called “Dancing With The Devil,” :

"I think the term that I best identify with is ' sober'. I really don't feel comfortable explaining the parameters of my recovery to people, cause I don't want them to look at my parameters of safety and think that's what works for them because it might not."

For some of us, there are drugs that are far more safe than the use of alcohol. Few drugs cause the problems of alcohol. I have had liver problems and have been told that alcohol is terrible for my health, especially since I used to have hepatitis C. So there are concoctions I have developed, some are legal, such as kratom and others are not legal. And while Kratom is legal, the moral crusaders (here from the Mayo Clinic) are as adamant against this herb as those who run 12 step programs:

Users swear by kratom for mood enhancement and fatigue reduction, but safety issues and questions about its effectiveness abound.

Side effects and safety concerns

Although people who take kratom believe in its value, researchers who have studied kratom think its side effects and safety problems more than offset any potential benefits. Poison control centers in the received about 1,800 reports involving use of kratom from 2011 through 2017, including reports of death. About half of these exposures resulted in serious negative outcomes such as seizures and high blood pressure. Five of the seven infants who were reported to have been exposed to kratom went through withdrawal."

It  would be very surprising if the Mayo Clinic or any other "official health site" would endorse this product. And I am not surprised at all that health sites try to discourage Kratom's use:

" If you read health news or visit vitamin stores, you may have heard about kratom, a supplement that is sold as an energy booster, mood enhancer, pain reliever and antidote for opioid withdrawal. However, the truth about kratom is more complicated, and the safety problems related to its use are concerning."

We live in a country were those who advise us on health simply can't stand the idea that people can use mind altering chemicals without serious problems. As with the 12 step programs, the goal is sobriety and supporting life-style changes that push people into life long sobriety. The problem is that it is not what everyone else wants. I do occasionally use drugs that are supposed to be terrible and problematic no matter how they are used. My brother and I often discuss the fact that we are both elderly. I'm 66 years old and he is seven years younger than I. We both feel that our lives are our own and the practices we have regarding herbs, legal and non, are our affair and no one else's. If something works for me, it is really no one else's business.

As my younger brother said about using marijuana, "I refuse to cower and grovel over my use of pot, if I'm caught and prosecuted. I am an older man and I deserve some dignity." I totally agree with him.

We should not have to hide like little children because we have decided to use herbs that our government simply doesn't approve of. It is time that older people as myself are given the right to decide how we will live our lives.

Those who feel they are helped by 12 step programs are perfectly free to use those programs. If they work, fine. But don't force the rest of us to use those them if they don't work for us.

Again, according to Lovato's article:

"According to Urban Dictionary, when someone is “California Sober” the only drugs they use are marijuana and sometimes psychedelics. It’s becoming a growing trend for folks who want to drink less but still want to use other substances that may not give them the negative side effects of booze. CBD, medical, and recreational marijuana use is on the rise as more states pass laws that legalize its use. Folks tend to appreciate the benefits without the hangover effects of harder drugs and alcohol.

A semi-sober person from told Real Simple, “When I drink, even if it’s just a glass of wine or two with dinner, I definitely notice that my quality of sleep goes down. If I skip the booze and take a few hits of my cannabis vape pen instead, I sleep like a baby and wake up feeling refreshed.”

And of course there are those die hard alcoholic/ drug abolitionists who refuse to recognize a persons right to try partial sobriety:

"This is why people argue that you can’t call yourself sober if you are still drinking and drugging. As an alcoholic who has been in recovery for four years, I would agree. Attaching the word sober to anything other than, well, sober feels false.

Patrick Cronin, addiction specialist with Ark Behavioral Health, says that this lifestyle could be detrimental to Lovato’s and anyone’s sobriety if they are in recovery. Cronin told Distractify that when addicts choose to be California Sober, “they are absolutely risking relapsing on their drug of choice.” I understand this and see the risk, but I don’t completely agree with this statement for every person."

Over all, we need more articles like this one. This is a debate whose time has come and we have needed it for a long time. It is overdue. So let's hope this is not the last article on our right to "choose" partial sobriety or selective sobriety over the rigid 12 step programs ban on ALL versions of drug use. Some of us are using various drugs for self medication. For example, kratom and other herbs can be used to prevent deep physical depression. I'm talking about the kind of depression that is entirely caused by chemicals in the person's body. It is not the kind of depression that can be talked out of. A person can no more be talked out of physical depression than a person with cancer can be "talked out of it." So we may chose to use substances that seem to work and that has value for us in itself. I have tried a lot of the chemicals that are prescribed for depression from psychiatrists and they simply don't work. So let me use something I know will work.

John Otto contributed to this.

Demi Lovato recently discussed her sexuality (she’s “really queer” y’all and so am I so we are pretty much besties now) and plenty of other truths in her newly released documentary called “Dancing With The Devil,” which was released on YouTube on March 23rd. And because she’s amazing and famous, folks are now offering their opinions on what she shared and how she lives her life. Lovato has been open about her addictions, overdoses, and efforts to get and stay sober; she’s been an inspiration to many people. But when she recently described herself as “California Sober,” folks weren’t comfortable with the term or her use of it for her recovery plan. 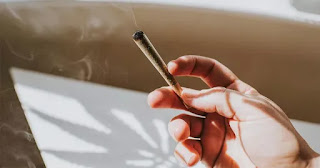