12 step programs—“One size fits all” is not for everyone

It wasn’t long ago that my brother made the comment, that “Alcoholics Anonymous (AA) and a lot of those drinking and drug use programs, all seem to be ‘one size fits all.” The more I thought of it, the more I realized he was right.

I wrote a chapter in my book, War on Drugs/ War on People, where I compared the various types of treatment for addiction. Some of the methods I looked at were terrible and I dismissed them outright. But I had to take the 12 step programs of AA and similar outfits more seriously since they are the most common and accepted methods for dealing with addiction:

“Along with AA there are now instituted Narcotics Anonymous chapters. I don’t see much difference between AA and NA. Both treat chemical dependency although the chemicals are different. And those who are dependent have little qualms selling of their prized possession for a six-pack or a marijuana joint or a narcotic fix.[1]”

One problem I found with 12 steps is that it is often reliant on religion of some kind:

“For this program to work the addict has to believe in a religion before that religion will offer any cure or way of suppressing the need. This is especially critical when it comes to substance abusers who either have no church or reject all churches, (including atheists who renounce the concept of a god or the need for religion). In this case, those who can't cope with the demand of religion are unable to give way to the idea of surrendering to a "higher power" which in most instances in religious circles is called a "god.” Atheists agnostics and non-believers need to feel personally empowered if they are to overcome their addiction to alcohol, narcotics or other drugs; terrorizing them with religion and religious programs usually have an opposite affect and they elect to continue their habits.[2]”

I have heard from several atheists who insist the program can work. A person can use something besides “god” or religion. They can use a philosophy, such as Marxism, Taoism or Epicureanism. Or any other idea can substitute for the higher power. The higher power can be anything the patient desires. However, religion is not the only problem I found with 12 step programs.

When in these programs there is a very strict code and the patient is not to touch any alcohol at all. Abstinence is total. That may work for a lot of people, but there are some people who can’t hack it. They try over and over and they fail.  Many people can successfully finish these programs, but not everyone. Is it possible that some people are better off to try and reduce drinking, or drugs gradually. The benefit of less drinking is probably better than trying to quit completely, when for some people, that just doesn’t work. To try and reduce alcohol consumption may work for some people and the benefits from drinking less may also help such a patient.

Another problem with 12 steps is all the possible “triggers” that patients learn to avoid. They include avoiding people they used to drink with. Often the 12 step patient avoids any past friend who drinks at all. Even if they were a good friend and even if the relationship is not based on drinking or drugs, that person needs to be dumped. The patient must make new friends. They must all be friends who follow abstinence. That is a must. Also places that the patient used to go to, such as bars, must be avoided. This all requires building a whole new life style. Again, for some people this may be too much of a change to swallow. That is especially true for an older person who has developed a set of friends that are important to them and that kind of radical re-arrangement of life is difficult.

For some people who go threw these programs there is an obsession over “triggers.” For example there are non-alcoholic drinks that resemble the taste that a patient is used to drinking, such as non-alcoholic beer and wine. But the 12 step programs advise against these things. They can be “triggers.” The program requires a radical life style change. A patient can drink soda pop, bottled water, coffee or tea. For myself I have diabetes. I’m not supposed to drink beverages with straight sugar. That leaves out coke, Pepsi or any other soda pop. I also can’t drink diet soda because the sugar substitute hurts my stomach. That leaves me with a choice between coffee or tea. I sometimes drink Tomato juice because it has so much less sugar in it than other juice drinks. So that is three beverages I’m allowed to drink if I follow a 12 step program and avoid spikes in my blood sugar..

Drugs of any kind, such as marijuana, or also considered “triggers.” To get high at all can lead back to drinking. So that means the patient has to be completely sober and can not get a buzz from any source. A new product that some people are using as a substitute for such drugs as cocaine or narcotics, is Kratom. Some people say it works. They have kept off of hard drugs using the stuff. They have lobbied to keep the product legal and it can be bought in many stores throughout the city of . But according to 12 step programs this is too dangerous. It can be a “trigger.”

In a few parts of the country there are efforts to legalize some of the softer drugs, such as psilocybin mushrooms, peyote and ayahuasca. These drugs are much safer than alcohol. As I have said in an earlier article:

“Allowing adults to legally use herbal highs, as psilocybin mushrooms, peyote and ayahuasca just makes sense. This would help me a lot. I have spent a lot of time in rehab places such as AA meetings. At some point I decided to give up and just try to use alcohol sparingly rather than total abstinence. Total abstinence is just not for me. Life is about developing life styles and I believe that a free people in a free society should have choices as to how they live.

In small amounts, alcohol does create a feeling of euphoria, but it also creates a kind of sloppy state, where a person looses his/her sense of judgement. In simple language, it makes us act stupid. I like some of the effects of alcohol, but it is hard on my liver and creates other health problems.

My favorite of those drugs are mushrooms, shrooms or as we used to call it: psilocybin.”

It is about time adults had a choice of intoxication besides just alcohol. Alcohol really is an unhealthy drug. It is one of the most damaging and dangerous drug a person can use. So why it is the only legal high we have in this country?

I once went to an AA meeting where they discussed holding alcohol free dances. The point of the meeting was to stress that it is possible to have fun without alcohol. The idea of the meeting was a good one. But many people there just fussed over what kind of “triggers” they had to avoid. Some AA members become obsessed with avoiding “triggers.”

They have so much fear of these triggers that it seems if they are incapable of having any fun. And I don’t see how they can have fun. At what point do they just try and enjoy themselves and just forget about avoiding intoxication.

I don’t deny that 12 step programs help some people lead productive abstinent lives. But not everyone can follow such paths. For some people, certain drugs become a form of self medication. The drug of choice may not be the best drug to off set the chemical imbalances some people have. But until such people can get treated by a professional, they may have to do with the street drugs they can find and use. 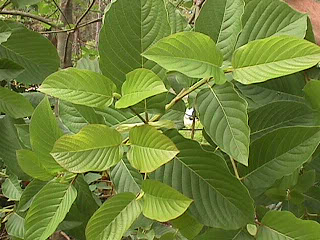