I’m writing this on the second of July, just two days before our big celebration for the 4th of July—Independence Day. For leftist of all kinds, there are various views on this day. Some hate it and the US all together. Some like it as a date for an important historical revolution. Most Marxists I know of, hate the 4th. I see this as an important historical revolution celebration.

In two days, I will pull out the bar-B-Q, for some chicken, hotdogs and hamburgers. I will stock up on beer. And I have a lot of fireworks I will light off. If I fly a flag, it won’t be the modern day Stars and Stripes. And it won’t be that snake flag, on the yellow background, that I used fly and I used to love before it was taken over by tea-baggers and right-wing jerks. 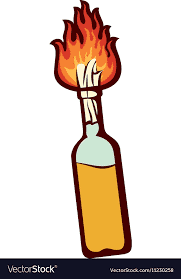 Each year I write something about the US revolution.  As I’ve said in the past, it was a step forward for white males. We moved society from feudalism to capitalism, which goes along with Marx’s theories of historical materialism.

Of course Afro Americans could not vote until the end of the Civil War. Native Americans were made citizens on June 2, 1924, which was four years after women got the vote in the summer of 1920. That was the 19th amendment. It was the Voting Rights act of 1965 that guaranteed the right to vote of all people, whether black, Indian or women. And today those rights are under attack once again. Republicans are looking for ways to make it harder for minorities to vote. Their motivation is simple. They think that the more white voters that vote, the more likely they are to win upcoming elections. As Hunter S. Thompson once said:

"I believe the Republicans have never thought that democracy was anything but a tribal myth."

So for a look at my earlier writings on the US Revolution see:

That (4th of July) is a holiday I have mixed feelings about. No doubt that there will be plenty of jingoistic TV shows and commercials on TV. There will also be radio spots promoting all the wrong things about this holiday. It was a great revolution for its time. The United States was created out of a change, based in part on the anti-feudalistic political movements in Europe and anti-colonialism in the Americas. A small group of colonies of the United Kingdom decided it was time for their own independent country. So they kicked the British out. They got rid of any form of feudal aristocracy. It all seemed good at the time. And let's not forget that this revolution was strictly for the benefit of white people of European decent. Black slaves and Native American Indians were not invited to this new world government. 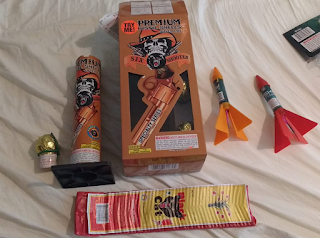