Most US voters are idiots

So they announced today that about 51percent of voters think the Republicans will do a better job than the Democrats. Only 37% think the president or the Democrats can managethe economy. So the idiots who vote are smart enough to remove such monstrosities as Trump when he really screws things up—but they run back to the Republicans before anything can really change. At the same time the Democrats are scared to actually do anything that might make the country better. They seem to believe their ideas are not as popular as the Republicans. So the Democrats will probably lose the house in the next election. Taxes for working class and poor people (At least at my earnings level) like me will pay more so that $millionaires and $billionaires can get or keep their hefty tax break. Only an idiot would vote to let rich people rip us off like that. But voting doesn't seem to do us any good any more. All that work I did for Democrats has been for nothing. The voters in this country are just idiots. 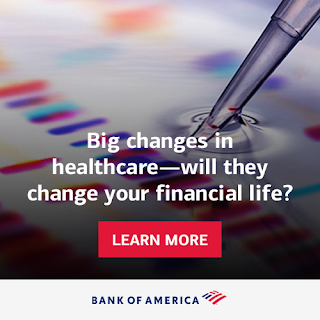 I saw this add under an article. What ever they may say, we can all expect any changes in health care to work against us if we are working class people. If the Republicans win back control of the house, we will end up with a Donald Trump like solution, which means nothing will be done to make health care more affordable. The voting public seems to accept a system design to aid wealthy people at the expense of all the rest of us. And YES! The voters will actually choose this.
Posted by SJ Otto at 10:18 AM