The latest extinct animal is the Ivory-billed woodpecker. It has been declared extinct. Over my lifetime a lot of animals have been declared extinct. For example, the largest predator marsupial of all times, the Tasmanian Wolf, was declared extinct in the 1980s. That animal’s extinction affected me quite a bit. It was an impressive animal and I saw pictures and film of it in a zoo and it was a very impressive animal. But as with regular wolves, it endangered farm animals and ranchers in Australia killed them off. 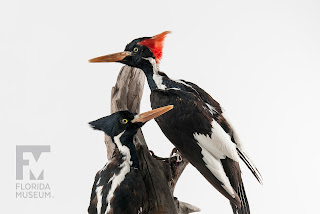 There are a lot of animals that people treat as a nuisance. That includes coyotes, rattle snakes, mountain lions and lots of other animals that seem to get in the way to farmers and ranchers. A lot of animals seem to just annoy the average person. I remember the efforts to save the darter fish, small but colorful fish that sit on the bottom of streams and dart around. But they were too small to eat.


When Time magazine complained that a rare mussel would become extinct if they damned up a certain river some idiot wrote a letter suggesting we damn the river, kill off the muscles and the whole idea of saving rare species was getting “boring.” To that idiot, lunk head, saving a species was just too boring for him.

In my lifetime I have witnessed the neglect of human caring for various near extinct species. And once they are gone, they are gone forever. Most people just don’t give a damn. When these animals disappear, it is forever. But the needs of moneyed interests—dollars and economics are way more important to many people, especially Republicans.

So once again I complain that this extinction could have probably been avoided. Habitat loss is unavoidable in a country that is devoted to a growth economy. Some day we need to change that and if we don’t humans will be on the extinction list. But as with climate change and global warming, people will put off any kind of change until they just can’t ignore it anymore. The attitude of “let’s just leave it to the next generation, after all, we will be dead by the time this is a problem.” As for global warming—it is a problem now and it can’t be ignored. Those who have lost their homes can’t ignore these changes.

The extinction of this woodpecker should sound out a warning. Many will ignore it, but we need to sound it out any way.

By Steve Otto I recently attended a Payday Loans Town Hall meeting. Most of the people there wanted to reform the predatory lenders rather... 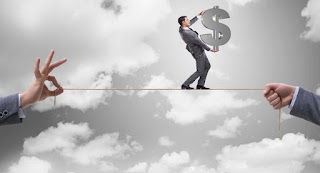