We need to adopt a “no growth” economy for future survival


Our capitalist economy is like a ponzi scheme. It requires constant growth and eventually that will cause our society to collapses. One idea that could change all of this is moving away from a growth economy to a maintenance economy. Many political activists call it simply the “no growth economy.”


While intellectuals have heard of it, for many common citizens is totally over their heads. I ran as a local town councilmember and I called for a "controlled growth economy" over the traditional "growth economy." I'm sure that those who read it were scratching their heads and wondering: "WHAT!"


It is time to bring about the debate over a maintenance economy vs. growth. To most people abandoning a growth economy seems insane. Who ever heard of such a thing? How can a local economy be healthy without growth?


And yet this debate rose up during the rise of the Green Party of Germany, in the late 1970s, with discussions on “Sustainable Living.”


The reasons to abandon growth based economies are really simple. Growth requires resources that have to expand, and keep expanding in order to work. That means more power (gasoline, electricity) more land, more building of structures, more water, more sewer, more roads, vehicles and everything else we need to live. It can't remain stable, it has to grow. The problem is that all these resources will run out eventually. And that day is probably sooner than most people realize.


One thing that needs to be looked at is population growth. For many Americans putting the breaks on population is the equivalent to devil worship. Many Christians will quote the Bible; "As for you, be fruitful and multiply; Populate the earth abundantly and multiply in it." In Kansas and other parts of the Bible Belt people take that book seriously and would never hear of challenging it. But for those people who believe that science has a place in our lives, it is time to challenge the idea of unlimited population growth. Once again, we must consider all the resources needed for a growing population, including homes, food and jobs.


We have to share the world and if we grow beyond our means we will die out as a species, or we will end up in a barbaric war over simple resources. In some ways we see that through today’s imperialism. Much of our so called “terrorism problem” stems from the lack of basic needs of people in less developed third world countries. No growth is what we need. It is a lot like blowing up a balloon. If seeing the balloon get bigger all the time is the point of having it, eventually it will pop. There is no way I can keep putting air in a balloon indefinitely. That idea defies simple scientific logic.


The debate has already begun. For example from Population Matters:

"On 19 April, an audience gathered in the House of Commons for the launch event of the All-Party Parliamentary Group (APPG) on Limits to Growth.


In essence, this is meant to be an insurgent think tank within Westminster.


Ms. Lucas emphasized the political challenge of convincing other politicians, and the public, who are so accustomed to promises of growth, that we as a society have enough already.  Beyond a certain level of prosperity, economic growth does not lead to greater societal or personal wellbeing. Moreover, economic growth is becoming uneconomic on its own terms, she argued, in that the cost of repairing its social and environmental side-effects, such as climate change, is greater than the primary value growth delivers.


Ms. Lucas argued that efficiency improvements alone will not be sufficient to cope with increasing consumption alongside a growing population; the economy needs to stabilize and maybe even contract."

So the idea is getting around. It is still in the discussion stage. And we see resistance to this all the time. An example of that is the present day capitalist thinkers the Koch Brothers, David and Charles. They funded a massive climate denial machine to help keep them and other industrialists from having to spend their money on changing the way they do business. Surely as educated as they are they realize that climate change is real. But, as I have often heard people say; "Why worry about that? You will be dead long before that becomes a problem." And there is a clear connection between a no growth economy and cleaning up the environment. Both issues include painfully needed changes in the way the economy works. Both may lead to smaller profits in the short run. However, without changes our economy eventually implodes and humanity is doomed. And some of us do care what happens to the people who live hundreds of years into the future after we are gone.


It is time to seriously discuss a “no growth” economy. 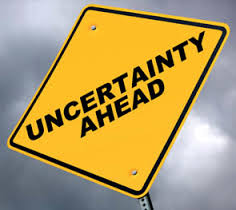 Pix by positivelyparkinsons.blogspot.com.
Posted by SJ Otto at 9:39 AM