Spirituality has not been dependant on religion

For a lot of people spirituality is connected to religion. It is all about a belief in god. But not all religion is directly connected to god and the afterlife. For the strictly religious people religion and spirituality are just about the same thing. Then there are atheist and those Marxist who consider themselves purely materialist and for those people there is no such thing as spirituality. For some of them, there is no difference between spirituality and superstition.

But I am not convinced of either of those beliefs. I do believe there can be a sense of spirituality for those of us who are basically atheists, or atheist leaning.

Many religions have a secular side to them. Judaism, Buddhism, Taoism and others all have a secular branch. As with Buddhism, there are some who believe in a god and afterlife and some who’s practice is strictly a way of life—or a philosophy of life.

Taoism started out strictly as a philosophy. But some people mixed in the ancient Chinese religions with it and created a new religion out of it. The philosophy now gave the religious people a guide to live by, so they could please their god(s).

I was in  one year and I met a Chinese woman who shared my interest in Mao Zedong (毛泽东) and Maoism. She told me she thought there is spirituality to Maoism. I have heard that from others who take an interest in Mao. From some Maoists/ materialists such an idea is blasphemy. But not to all Maoists. After all, Mao took inspiration from Lao Tzu(老子)and Mencius(孟子). It would seem as if Mao took some of his inspiration from people who some would describe as spiritual. Some people treat Confucianism,[1] as a religion, even though it does not deal with god or the after life. Mencius was a pupil of Confucius.

A few years back, I was under the care of a psychologist. I told her how much I like going to the country and enjoying seeing nature. When that happens I am in the woods, away from civilization and away from human kind. I enjoy seeing nature, the plants, fish, frogs, crawdads, clams and all of those animals that take care of themselves without the help of humans. That is nature. The psychologist told me this was a form of spirituality. I agreed.

I looked up a few definitions on web sites about spirituality. On Wikipedia:

“The meaning of spirituality has developed and expanded over time, and various connotations can be found alongside each other. Traditionally, spirituality referred to a religious process of re-formation which "aims to recover the original shape of man", oriented at "the image of God" as exemplified by the founders and sacred texts of the religions of the world. The term was used within early Christianity to refer to a life oriented toward the Holy Spirit and broadened during the Late Middle Ages to include mental aspects of life. In modern times, the term both spread to other religious traditions and broadened to refer to a wider range of experience, including a range of esoteric traditions and religious traditions. Modern usages tend to refer to a subjective experience of a sacred dimension and the "deepest values and meanings by which people live", often in a context separate from organized religious institutions, such as a belief in a supernatural (beyond the known and observable) realm, personal growth, a quest for an ultimate or sacred meaning, religious experience, or an encounter with one's own "inner dimension".”

On a site called Taking Charge of your health & well being I found this as part of their definition:

“Spirituality is a broad concept with room for many perspectives. In general, it includes a sense of connection to something bigger than ourselves, and it typically involves a search for meaning in life.”

The part that says something is “bigger than ourselves” is where spirituality can apply to a philosophy of life and not just a religious belief. The two main philosophies I live by are Epicureanism and socialism. Epicurus(Έπίκουρος) had a lot of similar beliefs to both Karl Marx. But the biggest difference was that Epicurus did not encourage people to be involved in politics. He discouraged such practices and said people should try and live well on their own. It was all about one’s self. Marx said the opposite.[2] that it was not enough to just explain the world, as most philosophers, but to change the world.

Originally I was raised a Catholic. By my high school years I had picked up on Liberation Theology. Pope John Paul II, head of that church during the 1980s, tried to destroy Liberation Theology during his reign. He eventually revealed that he was in league with Ronald Reagan and the CIA. After that I dropped that religion (Christianity and Catholicism) all together. Since high school I have had agnostic tendencies. I studied Hinduism briefly in high school and after Catholicism I studied Druidry. So I have had those religions to give me some inspiration and ideas. But I ended up taking a more atheistic Marxist oriented look at life and I have rejected all religion.

So on a personal level, I look to Epicurus as a philosophy—a way of life and I look to Marx and socialism as inspiration to change the world. Likewise I have other inspirations, such as the plants and animals that live in the woods, the streams and lakes where I live. Duidry and other forms of pagan religion take a lot of inspiration from nature. And nature is where I get some of my ideas on spirituality. Humans can learn a lot from the animals and plants round them. 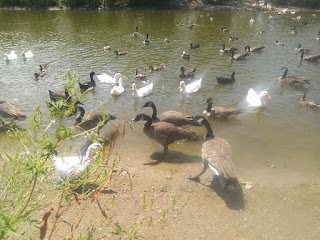 I get a sense of spirituality from nature. Pix from Labor Day—not much of a celebration to me, 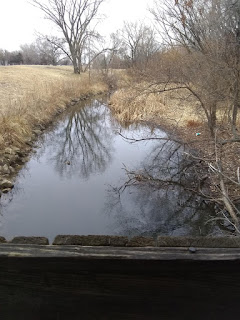 [2] “The philosophers have only interpreted the world, in various ways. The point, however, is to change it.” – Karl Marx