By SJ Otto
Rep. Ilhan Omar has been under fire since she got elected to the US House of Representatives, mostly for her criticism of Israel and charges that she is anti-Semitic. Omar is a Muslim and she supports Palestinian rights. Some people have accused her of using anti-Jewish stereo types, in her language, in her tweets and statements she has made against Israel. Lately she has questioned why some people have an allegiance to Israel if they are Americans. Much of the charges of anti-Semitism are just splitting hairs. If anyone feels Israel is so important they should go there to live and stop putting so much support into a country they don’t live in.
According to ABC News:


“Congressional Democrats are crafting a resolution condemning anti-Semitism, in an indirect but public rebuke of one of their own, Rep. Ilhan Omar, after the latest in a series of remarks she's made about Israel and its American supporters that have generated a blitz of criticism.
Omar, who was elected alongside Rep. Rashida Tlaib as the first women Muslim members of Congress in history, continues to speak out against , attracting the scorn of Republicans and Democratic colleagues alike -- and competing resolutions from both parties.”
While member of her own party have attacked her for criticizing their sacred cow, , she has had a taste of anti-Muslim hate from the state of . From Fox News[1]:

“A poster displayed at the West Virginia statehouse Friday linking Rep. Ilhan Omar, D-Minn., to the September 11, 2001, terror attacks, has sparked outrage among lawmakers.
The poster, which was displayed on a table in the rotunda in the Capitol, showed a split picture of the on fire on top of a snap of Omar.
“’Never Forget’ – You said.” the caption on the picture of the twin towers read.
Meanwhile, the caption of the picture of Omar read, “I am the proof you have forgotten.”

The poster was part of the display for “WV GOP Day,” which is when the “Republicans Take the Rotunda,” NBC News reported.
There are still a lot of people who feel perfectly justified accusing all Muslims of being terrorists. There are reports that some people at that event said that openly. Omar has stood her ground(Vox):

“I want to talk about the political influence in this country that says it is okay to push for allegiance to a foreign country,” Omar said as part of a discussion about past anti-Semitism allegations lobbed at her.

The Democrats in the house were planning to pass a resolution clearly designed to punish one of their own rising stars. That resolution was delayed, but it has been passed.
According to Vox News Omar has spoken out on other issues:

“Her grilling of envoy Elliott Abrams last month shined a spotlight on American complicity in grave human rights abuses in , a kind of critique of the foreign policy elite rarely heard from members of Congress.”
Her stance on the Israeli-Palestinian conflict — unapologetically pro-Palestinian — fits with this profile, broadly speaking. It has helped make her into a darling of the insurgent left, which is highly critical of the Democratic establishment’s generically pro-Israel view. Yet when Omar talks about , she has a bad habit of saying things that feed into anti-Semitic stereotypes.”

But Congress[2] needs to quit feeling comfortable with foreign policy. In , that country keeps electing war mongers who want to go to war with —unprovoked.
Israeli Prime Minister Benjamin Netanyahu has openly discussed going to war with Iran and at times he seems intent on having such a war. The country keeps swinging to the far-right. It is odd that so many people who believe they are on the left, keep supporting a government that keeps moving to the far-right. Also many progressives in the Democratic Party are questioning why the has the right to meddle in the affairs of .
Many commentators on Congress are beginning to realize that “business as usual,” for both parties is over. We can expect the rubber stamping of the generals who run our foreign policy may now have to debate and defend their actions and intended actions. The sacred cows will now be challenged. 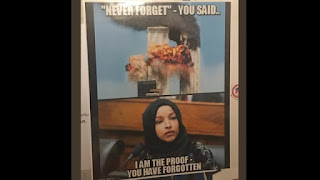 [2] Donald Trump, possibly one of the most racist presidents this country has ever has said that the freshman lawmaker should be “ashamed of herself” for the comments some have called anti-Semitic.
“I think it was a terrible statement, and I don’t think her apology was adequate,” Trump told reporters aboard Air Force One while en route to El Paso, Texas, for a rally. When asked what Omar should have said instead, the president simply replied that “she knows what to say.”