Those in pain did not create any “opioid epidemic”

I can remember the bad old days. I remember going to get a cyst removed from my chest and the doctor gave me no pain medicine even though it did hurt. He just kept telling me to use aspirin and Tylenol. I found out later that he was against using any pain killers for any reason. When I was a kid the dentist used to drill my cavities without pain killers because they didn’t think pain medicine was good for kids—and those visits hurt like hell!
For many of my early years doctors and dentists had been chintzy with their pain medicines. For many years there was a stigma of using pain medicine. After all there were people who used to use those medicines to get high. That was true then as it is now. But for the last 20 years the medical community learned to ease up and give pain medicine. They learned that people heal better without having a lot of pain. Today doctors give us the pain medicine we need to be comfortable when they treat us. But that may be changing—thanks to the so called “Opioid epidemic” and the mainstream news media that have fueled the hype over it. Once again the mainstream media has the country whipped into a frenzy over the so called “over prescribing of opioid drugs.” It always leads politicians into giving in to those pundits who say, “for God sakes do something!” And they mean anything and everything and that usually means doing the wrong thing. In this case we are now being told by so called “experts” that we must now endure pain when we go to the doctor or dentist. According to an NPR piece called “Dental Schools Add An Urgent Lesson: Think Twice About Prescribing Opioids:”

“Now, after decades of criticizing health care providers for undertreating pain and not prescribing enough pain medication, the pendulum is swinging back. Some dentists are getting back up to speed about alternatives to opioids.
"For most dental pains, the nonsteroidal anti-inflammatory drugs (NSAIDS) —that's Advil, Aleve, Naproxen — those agents are every bit as effective as one Vicodin or one Percocet," …. (Kellie Moore, a fourth-year dental student at Harvard.)…. "That's been shown over and over and over again."

Even if the pendulum has swung too far one way, that does not automatically mean it needs to swing all the way back. Going back to the days when a doctor’s or dentist’s visit was a painful experience that we all dreaded is what these new “experts in opioid addiction” are suggesting. Again from NPR:

"On a scale of 0 to 10, with 10 being the worst, if we can get you to a 4 or 5, could you live with that and still function daily?" says Sam Lee, a fourth-year dental student. "If the answer is yes, then I think it's important to the patient understand that that's what we're going to try to maintain as the new normal for them."
David Keith, an oral surgeon at Massachusetts General Hospital, agrees.
"I think it does us a disservice, making us and the patients assume that we should a total smiley face and a zero level of pain," he said. "That's not the real world. So we take a tooth out. We do a dental implant. You're going to be sore for a few days, but that doesn't mean you can't go to work."

On a scale of one to 10, pain that qualifies for 4 or 5 is a lot. A score of 10 means that  the pain that causes screaming and is nearly intolerable. Even if the pain is not a lot as the patient leaves, that small amount of pain can build up over a period of 24 or more hours. The pain grinds away until the patient is overwhelmed. I’ve experienced that before myself. That much pain is a lot to ask of a patient.
So we are being told now to expect some pain from our dentist appointments and the reason for that is the hand full of opioid addicts that have created this so called “epidemic.”
­­­­And the bottom line to all of this is that we are being asked to tolerate more pain for the benefit of some Americans who can’t control the use of their own medication. Those of us who can control our pain medicine are being told we are going to have to pay for other people’s abuse. There are also some people who simply won’t go to a dentist if they expect pain. A lot of dentist know this and they are reasonably concerned about this issue.
It is already a stressful experience to go to the doctor or dentist. Those trips are often painful and agonizing. The fact is that we have pain killers and there really is no evidence that we heal better because we can put up with a lot of pain. We are being asked to put up with this pain to placate the moral prejudices of dentists and doctors who are wrongfully denying pain medication to people who need and deserve it. And this is all being done to control a hand full of people who can’t control their own impulses.
Despite all the thousands of over dose deaths and other alarming statistics the media throws at us, less than 5% of legitimate pain patients become addicted.
Other statistics also need to be looked at. According to the large, annually repeated and representative National Survey on Drug Use and Health, 75 percent of all opioid misuse starts with people using medication that WASN’T prescribed for them—obtained from a friend, family member or dealer. Along with these statistics: 90 percent of all addictions—no matter what the drug—start in the adolescent and young adult years. Typically, young people who misuse prescription opioids are heavy users of alcohol and other drugs. This type of drug use, not medical treatment with opioids, is by far the greatest risk factor for opioid addiction, according to a study by Richard Miech of the University of Michigan and his colleagues.
The evidence shows that over 90% of so-called opioid overdose deaths are the result of polydrug poisoning. It is relatively difficult to overdose on heroin alone or painkillers alone, although it can be done if you are determined enough. However, mixing heroin with another drug such as alcohol, benzodiazepines, cocaine, or opioid painkillers is extremely deadly.
According to CNN a new study finds that the number of Americans being diagnosed with opioid addiction continues to skyrocket, but still very few receive any treatment. Once again we need to be looking at treatment for all—on demand, not punishment and inconvenience for everyone else.
One thing the mainstream media does not need to do is to scare doctors away from prescribing needed pain killers. I have had experiences were doctors performed operations on me but they did not use enough pain killers. I had a colonoscopy once where they did not use enough pain killer and the pain was excruciating. Putting us through that is unnecessary and we should all refuse to be treated that way. Let those who have problems with pain killers deal with that epidemic. 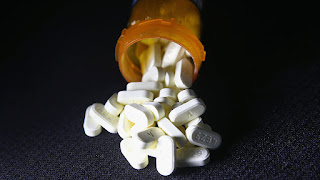