No debate on sending $40 billion to Ukraine

When Joe Biden was running for president against the former president Donald Trump, he said of health care for all: "imagine the cost of that!?"[1] Sure it cost money. But many poor people die much earlier than necessary since  they have no access to health care. They can't afford it so they don't see a doctor until it is too late. As a result—They die—pure and simple.

But now the is strategically at war with over . And just recently the entire congress voted to spend $40 billion on weapons to be sent to to counter the Russian invasion.

How much debate took place—ZERO—NONE. Both parties agreed to spend that money. That was money that could have been spent to provide healthcare to OUR OWN PEOPLE!

But instead it went to save other people in a foreign country. And now we see the expansion of NATO[2] to include  and .

According to NBC News:

The Democrats are selling out the American people. Spending money should come to the people before spending all that money on arms for the people of . Both parties are addicted to war. Poor people in the are treated as last class citizens and their lives mean less that foreign people in a country a long way off from this one. Also the idea of expanding NATO is the last thing this country, or any country, needs to do.

[1] "Many Democrats to his left, starting with Bernie Sanders and his “Medicare for All” proposal, called for scrapping the Affordable Care Act entirely in favor of a more sweeping government-financed single-payer health system. Biden resisted. He instead pledged to build on the existing law — a position that kept him in the center of the debate, while reminding Democratic voters of his role in passing the biggest health reform since Medicare." 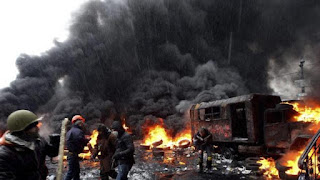