A gathering for May Day- by DSA 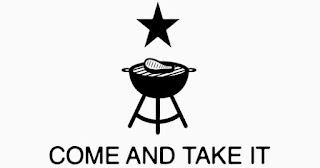 Wichita Democratic Socialists Of America (DSA) will have a May Day celebration this Saturday, at 4pm at the At .Come and join in this day of international day of support for working people.

The Brief Origins of May Day (From IWW)

By Eric Chase - 1993.
Most people living in the  know little about the International Workers' Day of May Day. For many others there is an assumption that it is a holiday celebrated in state communist countries like  or the former . Most Americans don't realize that May Day has its origins here in this country and is as "American" as baseball and apple pie, and stemmed from the pre-Christian holiday of Beltane, a celebration of rebirth and fertility.
In the late nineteenth century, the working class was in constant struggle to gain the 8-hour work day. Working conditions were severe and it was quite common to work 10 to 16 hour days in unsafe conditions. Death and injury were commonplace at many work places and inspired such books as Upton Sinclair's The Jungle and Jack London's The Iron Heel. As early as the 1860's, working people agitated to shorten the workday without a cut in pay, but it wasn't until the late 1880's that organized labor was able to garner enough strength to declare the 8-hour workday. This proclamation was without consent of employers, yet demanded by many of the working class.
At this time, socialism was a new and attractive idea to working people, many of whom were drawn to its ideology of working class control over the production and distribution of all goods and services. Workers had seen first-hand that Capitalism benefited only their bosses, trading workers' lives for profit. Thousands of men, women and children were dying needlessly every year in the workplace, with life expectancy as low as their early twenties in some industries, and little hope but death of rising out of their destitution. Socialism offered another option.
A variety of socialist organizations sprung up throughout the later half of the 19th century, ranging from political parties to choir groups. In fact, many socialists were elected into governmental office by their constituency. But again, many of these socialists were ham-strung by the political process which was so evidently controlled by big business and the bi-partisan political machine. Tens of thousands of socialists broke ranks from their parties, rebuffed the entire political process, which was seen as nothing more than protection for the wealthy, and created anarchist groups throughout the country. Literally thousands of working people embraced the ideals of anarchism, which sought to put an end to all hierarchical structures (including government), emphasized worker controlled industry, and valued direct action over the bureaucratic political process. It is inaccurate to say that labor unions were "taken over" by anarchists and socialists, but rather anarchists and socialist made up the labor unions.
For the rest click here.
https://archive.iww.org/history/library/misc/origins_of_mayday/
Posted by SJ Otto at 6:11 PM