Epic Battles in Practical Ethics: Stoicism vs Epicureanism—And yes...I have taken a side

When I started college, at Newman University, in Wichita,  had to take a course on ancient civilization. That might seem interesting but it was the ancient philosophers who had all the interesting ideas. I have to admit that I did not know that much about these ancient philosophers and their relationship to Karl Marx. Despite being a Democratic Socialist, many of us also consider ourselves to be Marxists at least theoretically.

Since reading the ancient texts of Epicurus I have considered that my religion, if there is such a thing. The author of this above article is clearly an enthusiast of stoicism.  According to Wikipedia:

Stoicism is a school of Hellenistic philosophy founded by Zeno of Citium in in the early 3rd century BC. It is a philosophy of personal ethics informed by its system of logic and its views on the natural world. According to its teachings, as social beings, the path to eudaimonia (happiness, or blessedness) is found in accepting the moment as it presents itself, by not allowing oneself to be controlled by the desire for pleasure or by the fear of pain, by using one's mind to understand the world and to do one's part in nature's plan, and by working together and treating others fairly and justly.

The Stoics are especially known for teaching that "virtue is the only good" for human beings, and those external things—such as health, wealth, and pleasure—are not good or bad in themselves (adiaphora), but have value as "material for virtue to act upon." Alongside Aristotelian ethics, the Stoic tradition forms one of the major founding approaches to virtue ethics.[1] The Stoics also held that certain destructive emotions resulted from errors of judgment, and they believed people should aim to maintain a will (called prohairesis) that is "in accordance with nature." Because of this, the Stoics thought the best indication of an individual's philosophy was not what a person said but how a person behaved. To live a good life, one had to understand the rules of the natural order since they thought everything was rooted in nature.

I have rejected the Stoic world view, which I believe is close to the conservative movement. In many ways people might find me a hedonist. And Epicurus, in my opinion, is simply not a hedonist. Aristippus/ Ἀρίστιππος is a good example of a hedonist. He took part in all kinds of pleasures. I have some hedonistic tendencies. But I have also insisted on trying to make the world a better place. It was Marx who said that “The philosophers have only interpreted the world, in various ways. The point, however, is to change it.”

So perhaps I have a unique view of the philosopher's view of the world. While the author of that article clearly takes the side of the Stoics, I take the other side. So to some extent, the Marxist side does resemble Stoicism. And yet I have taken the Epicurean side. Right or wrong, I have taken a side and I do not regret that. 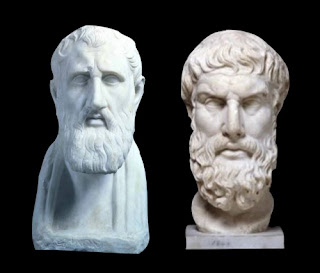 Under this photography that you see is a chip wood composite. white tv cabinet This type of floor maybe easy to clean, but it is not really a wood floor. When you want to install wood flooring in your house you have to remember that it cannot be installer everywhere you like. If you want to have a wood floor in your basement, you cannot install it down there because usually in basements you have high moisture that is going to ruin your wood floor.

Thanks for the tip.

onscious intention is when you not only desire something to occur but you also expect it to occur. Let us say you want to go to the shop for a new pair of shoes for a social occasion that is imminent. You set your intention that on Saturday you will head to your favourite shopping mall, browse a few shops and purchase a pair of shoes that are suitable.Quantum Manifestation Code Review Because this intention fits into your view of what is normal and easy for you to achieve you release it and give it very little additional thought. You fully expect your intention to be fulfilled. You know that on Saturday you will go to the mall and buy a pair of shoes! There are little or no opposing thoughts.
https://stspirit.com/