From Veterans for Peace:

Over one hundred years ago the world celebrated peace as a universal principle. The first World War had just ended and nations mourning their dead collectively called for an end to all wars.  Armistice Day was born and was designated as “a day to be dedicated to the cause of world peace and to be thereafter celebrated."

After World War II, the U.S. Congress decided to rebrand November 11 as Veterans Day. Honoring the warrior quickly morphed into honoring the military and glorifying war. Armistice Day was flipped from a day for peace into a day for displays of militarism.

Veterans For Peace has taken the lead in lifting up the original intention of November 11th – as a day for peace. As veterans we know that a day that celebrates peace, not war, is the best way to honor the sacrifices of veterans. We want generations after us to never know the destruction war has wrought on people and the earth.

Veterans For Peace has been celebrating Armistice Day almost since the organization's inception, with a few chapters doing yearly events. Since 2008, with the passing of an official Veterans For Peace resolution, it became a VFP national effort. Each year, chapters across the country "Reclaim Armistice Day" by pushing the celebration of peace into the national conversation on Veterans Day.

Veterans For Peace is calling on everyone to stand up for peace this Armistice Day. More than ever, the world faces a critical moment. Tensions are heightened around the world and the is engaged militarily in multiple countries, without an end in sight.  Here at home we have seen the increasing militarization of our police forces and brutal crackdowns on dissent and people’s uprisings against state power. We must press our government to end reckless military interventions that endanger the entire world. We must build a culture of peace.

This year, Armistice Day celebrations will look a little different than in past years. Many of our chapters are hosting virtual actions instead of gathering in person. If you’re not sure how to arrange something like that, please email our membership coordinator at membership@veteransforpeace.org.

We have compiled a list of COVID-safe actions for you to take this year. We are asking VFP members to do what they can to keep the conversation going around peace and Armistice Day. Please let us know what you have planned by filling out this form. 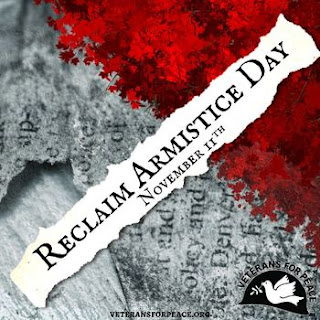 Where he continued to be a resident. He is the son of late James Claude Belk and Thelma Marie Blevins. He was also preceded in death by his Michael Kors Outlet Online lovely wife, Norman Jean Ladd; brother, James W. Boxing Day salesGet daily updates directly to your inboxSubscribeSee our privacy noticeMore newslettersTom Morris, founder and managing director of Home Bargains, says staff who have been working hard in the run up to the big day should be able Cheap Jordan Shoes For Men to spend Boxing Day with family friends.He said: "Christmas is a significant period in the retail calendar, and with staff across the business spending months building up to the occasion every year, we wanted to give them an opportunity to relax and truly enjoy the break with their loved ones."Home Bargains is a family run business and we know the importance of being with loved ones at Christmas time."We also appreciate that our staff work tirelessly to keep over Coach Outlet Sale 500 of our stores running like clockwork, so giving everyone Boxing Day off is our way of saying thank you for their hard work and commitment."We look forward to welcoming Ray Ban Sunglasses Sale shoppers back through our doors on Thursday 27 December."Watch the full John Coach Handbags Clearance Lewis Christmas advert 2018 starring Sir Elton John before TV debutLast year 23 million shoppers hit the shops to spend a staggering billion on Boxing Day.In recent years the frenzy of heading out on the high street for the Boxing Day sales has been replaced by online shopping, as well as the pre Christmas sales phenomenons like cyber Monday and Black Friday. You can also send us a story tip using the form here . Join the Manchester Evening News breaking news Facebook group for a place to read and talk about Cheap Air Force Ones breaking news in Greater Manchester.Like us on FacebookFollow us on TwitterDaily NewsletterNewsallMost ReadMost RecentSalfordAsbestos fears as firefighters tackle blaze in former Lucozade factory in Salford live updatesManchester Road West is sealed off in both directions while firefighters work to bring the fire under New Yeezy Shoes controlMoston'Somebody is going to get killed'.