As US Imperialism gets weaker, we can all play a part in bringing it down

It should come as no surprise to any reader that this blog has sought to fight US Imperialism at every turn. I don't agree with the assumption that only Marxists are against US Imperialism and I reject the idea that only Marxists use the term "imperialism."
So I came across an article that sheds a lot of light on the subject of US Imperialism, "Pentagon study declares American empire is ‘collapsing’," Insurgeintelligence.
My first instinct was to believe the article is too good to be true. And this article has this warning at the end of it:

"It is no surprise then that even the Pentagon’s apparent conviction in the inexorable decline of power could well be overblown.
According to Dr Sean Starrs of MIT’s Center for International Studies, a true picture of power cannot be determined solely from national accounts. We have to look at the accounts of transnational corporations.
Starrs shows that American transnational corporations are vastly more powerful than their competitors. His data suggests that American economic supremacism remains at an all-time high, and still unchallenged even by an economic powerhouse like ."

But as I read this article I began to realize that even if it is only partially true, it opens up some real possibilities for left-wing bloggers as myself. Much of this article is based on a report the  U.S. Department of Defense produced. While it may be full of paranoid delusions and exaggeration, there may be some truth to it. While reading it, I realized that political persons, small political groups or parties and even bloggers as myself may be able to take a real part in bringing down possible the larges and most powerful empire in the history of the world.
Much of  this article deals with perceived military problems for the . Some of them deal with such players as , , and smaller entities such as and Democratic People's Republic (North) . These players are huge powers. Even small countries play a role that the average person can't. This report goes one step further into the non-state entities that threaten the empire:

"Amidst the challenge posed by these competing powers, the Pentagon study emphasizes the threat from non-state forces undermining the “U.S.-led order” in different ways, primarily through information......

It’s not just power that is in decline. The U.S. Army War College study concludes that:
“[A]ll states and traditional political authority structures are under increasing pressure from endogenous and exogenous forces… The fracturing of the post-Cold War global system is accompanied by the in­ternal fraying in the political, social, and economic fabric of practically all states.”.....

Having lost its past status of “pre-eminence”, the now inhabits a dangerous, unpredictable “post-primacy” world, whose defining feature is “resistance to authority”."

Also important is this statement:

"The report, based on a year-long intensive research process involving consultation with key agencies across the Department of Defense and U.S. Army, calls for the U.S. government to invest in more surveillance, better propaganda through “strategic manipulation” of public opinion, and a “wider and more flexible” U.S. military."

While we are locked out of any kind of military option, (and most of us don't really want to go around shooting people) we can take on the system through propaganda. The Pentagon seriously believes it needs to win the propaganda war. But that is the one area we can and might make a difference.
For a long time I have resisted sending letters to my local newspaper, which happens to be The Wichita Eagle, since I live near Wichita. Since I have my own blog, it just makes more sense to try and build on it. I try to post well researched articles that provide people with the news they need to form a decent opinion on matters of all kinds of politics. But I can't really compete with the readership of The Eagle. But recently I've decided to make use of the letters to The Wichita Eagle. That doesn't mean giving up on the blog. Those of us who are writers need to be blogging, if we are able to do that. The big difference between blog articles and letters are that the letters are simple and to the point. Our blog articles can be in depth analysis that provides the reader with the information they need to make an informed decision as well as being able to put logical arguments together that will allow the reader to challenge the opinions of the imperialists. An example of a letter to the editor is this one that I recently sent to The Wichita Eagle:

President Donald Trump’s new speech introduced more wrong policies. Experts agree that this new policy will deepen our military commitment, but not result in victory. The truth is that we cannot “give them democracy.” Keeping that government from falling will cost this country a lot of its young sons and daughters, along with a lot of Afghan civilians — and for what? For a government that could not stay in power if armed forces left.
The invasion of was a major foreign policy blunder. The people of resisted control by the Soviets for nine years and now they have resisted the for 16 years. If the pulls out there will be some instability, but eventually the Afghan people will develop their own government and one that does not rely on troops.
What we need now is for our leaders to develop enough backbone to do the right thing — admit that invading was a huge mistake and pull all our troops out. It seems hard for our leaders to admit defeat and do the right thing, but they need to do it.
STEVE OTTO, MAIZE

I didn't fill if full of facts and hyperlinks as I might if it were a blog article. It is just a simple opinion piece. The point is simply to make it known that there are those people in our community who appose the policy. It was timed as a response to President Donald Trump's speech on . This is the time to use all our means to provide both information and propaganda. We can and must reach out to people and try to change opinions on the military, its adventurism and the folly of imperialist war, such as that in .
For some time I have felt as if we are insignificant and ignored. But it is possible that we have more power in our pens than many of us believed. If the Pentagon is that worried about losing its authority and trust among the people, maybe we should take notice. Maybe collectively we all contribute to that feared collapse the Pentagon is so worried about. Maybe the collapse could be real. 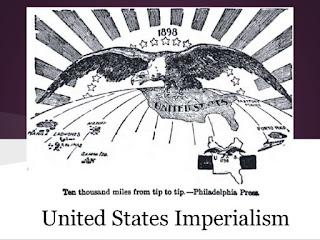