The Peace Movement of the 1980s was part of our history—future generations need to know that!

By សតិវ​អតុ
I work for the school system here in Wichita. I am a substitute teacher. I don’t have my own class room. And from time to time I take a look at the books that are used to educate our young people here in Kansas. Just the other day I was looking at a history book being used for a class called; History I. The book was called American Anthem, Modern American History.[1] In looking through it I found some items quite biased. The thing that really stuck out in my head was the book’s treatment of the peace movement here in the US. The book had a big chapter on the Vietnam War and it also included a large section on the Vietnam War protests. 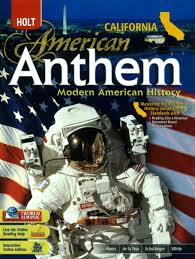 Why was that significant? Because later, there is a chapter on the conflicts in El Salvador and Nicaragua with a lot of information on the struggle between then US President Ronald Reagan and the Sandinista government in Nicaragua. It was factual, but one important thing was left out—the US peace movement of THAT time.
I was a member of the peace movement of the 1980s. It may not have been as big as the anti-Vietnam protests, but there were organizations in place and they were substantial.
There was the Committee in Solidarity with the People of El Salvador, or CISPES. That group still exists. It was a major organization support the struggle in El Salvador, especially the  Farabundo Martí National Liberation Front (FMLN). There were many chapters nation-wide and I had one on the Wichita State University campus. I was even spied on by the FBI for that.
There were also groups to support the Sandinista National Liberation Front in Nicaragua. People across the country supported that revolution and its government. Witness for Peace was just one of such organizations.
I actually went to a major anti-contra aid march in Washington DC. It was a national march, in April 1987, and was the largest march I ever went to in my life. I remember walking in front of the march for a while because there were some celebrities, such as Ed Asner and Jesse Jackson. The March was backed by several unions here in the US although some of the Union leaders tried to dissuade their member from taking part out of their old cold war reactionary beliefs. At one point I trailed back farther in the line of marchers. At one point I climbed up on a light pole and could not believe my eyes. I could not see the front of the line or the back. All I could see was a long trail of marchers in both directions. The march went for blocks. I had never seen such a march. It turns out that the march had almost 100,000 people in it.
A lot of celebrities came out against Reagan’s war on the Sandinistas including Bonnie Raitt. There were also celebrities who played a concert at the end of the march including Jackson Browne.
Across the country people had smaller marches from city to city. This event was a major high point in the peace movement of that time. And this was just one event. There were a lot of other marches, meetings and discussions. There was pressure being put on members of congress. All this was in opposition to then President Reagan. Don’t our young people deserve to know that a vibrant community within the US was working against the president and his foreign policies?
Another important point is that Reagan was living out the cold war, while the Sandinistas were one of the more modern “western style” Marxist organizations. They were more like Salvador Allende rather than East Germany. Reagan ignored that. But a lot of US progressives noticed the difference.
The important point here is that the history of solidarity movements of the 1980s was our history. Young people today need to know about it. There aren’t many books written on that subject today. Maybe we need to change that. We need to let today’s youth know that we were a part of the political landscape of the 1980s. That information is missing today.