By SJ Otto
President Barack Obama's foreign policy is a lot like his domestic policies.....Centrist. To begin with lets look at some of his earliest promises. He planned on emptying the concentration camp in , that his predecessor, George W. Bush built to hold undesirable folks.

“In the dark halls of Abu Ghraib and the detention cells of Guantánamo, we have compromised our most precious values,” Obama said, according to The New Yorker.

The prison held 779 prisoners under the former Prez. George W. Bush. And while Obama's words of wisdom are right, there were a few prisoners there he didn't feel OK with releasing. Most of the original prisoners were either innocent or they had not violated international law on the rules of war. Most of those were released. There were just a few. Today there are 126 prisoners that Obama is reluctant to release outside the . He tried to relocate them in US maximum prisons but various congress people have stood in his way. for instance has some maximum security prisons that could easily take these last few terrorists. But Representative Mike Pompeo and others like him have resisted that idea. They claim that the state prisons just aren't safe for such dangerous criminals. But in reality, the Republicans want to keep open and expand it. Many Republicans have not minced words on this.

"These detainees aren't in Gitmo for parking tickets," Gardner, who sits on the Senate Foreign Relations Committee, said in a video released Saturday. "They're there because they want to kill Americans and hate everything that we stand for. They're the worst of the worst."

Of course that is ridiculous. We have some really bad people in our local prisons, such as serial killers. We can hold them. The Republicans just don't want to.
Some things Obama has done are good for the country. He finally relaxed US relations with . The should have done that years ago. This country works with Communist China. Why then not have relations with the last Marxist government in the world and a country just a few hundred miles away. Our next president Donald Trump has indicated he may reverse this action and go back to our back-ward cold war years.
The deal was a good idea for this country. is not a progressive country, but why fight an unnecessary war with them. Our future president Trump claims he will rip that agreement up. Obama was never able to get a decent agreement from North (Democratic People's Republic of) and he has not made much effort in those respects. Trump claims he can work out a deal with . We will see.
Then there is our imperialist invasions of and . Obama has not expanded them but he has not stopped them either. As with , Obama hinted he would remove all troops from , when he ran for office. But that is not what he did. He did withdrawal most forces on 21 October 2011. But when ISIS (Islamic State) started to take Iraqi territory from the puppet regime, Obama went back. We are now locked in a war with . Many of us feel this war was unnecessary on our part. We are being attacked because the decided to take up arms against .
Then there is the puppet regime in . Bush invaded the country to go after Al-Qaeda. But it was never necessary to replace that government with a puppet. Many people thought Obama would take all US Troops out of . But that never happened. And by the time Obama leaves office he will have increased the number of troops in that conquered land.
His policies in have not been that good. But as a centrist he has not gone to the far right or the far left. He has done little to support the rights of Palestinians nor has he gone out of his way to help 's hard liners, who at present, want to liquidate and the Palestinians. President-elect Trump wants to support with their current ultra-far-right leaders who want nothing to do with peace.
Some of what Obama has done is pure imperialism. He has ordered  Bashar al- Assad ( بشار حافظ الأس) to step down in , a position he has no right to make. He has supported the Free Syrian Army, which is the most right-wing guerrilla movement since the Nicaraguan Contras.
The whole issue of was a Republican non-issue. Obama worked hard to oust Muammar al-Qaddafi (محمد القذافي). That was pure imperialism and not necessary at all. But then came the attack in . It was a justified response by those who resented the interference in their internal affairs. The Republicans claimed that Hillary Clinton and Obama were responsible. They were only in that they should have stayed out of to begin with. That was not what the Republicans were complaining bout.
In Latin America Obama has not directly interfered in the Bolivar revolutions, in , including democratic socialist regimes such as Hugo Chávez, in
, in the first part of this new century. We don't know yet if future Prez. Trump will change that.
So this is a quick run down. For those who wanted a less imperialist foreign policy—no luck on that front. The far far right, under future Prez. Trump may be far far far worse than any of us on the left had imagined. We will see.


But this article is about Obama. His foreign policy was not great or even satisfactory. It is too bad I don't expect things to get better. Obama did some good and it may not have been nearly enough. 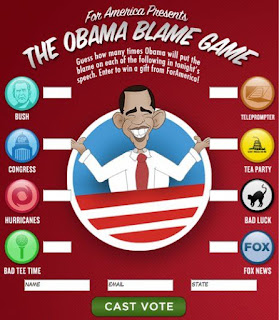 24, after it was clear that there was community spread of COVID 19in countries like Iran and Italy.> I think we seen countries around the world caught off guard by the nature of this epidemic. It's a program that has survived the test of time. Fine is a public servant in the finest tradition of honest, competent governance," Mattis told Yahoo News in an email.

"That led to a series of strategic errors that ultimately left him as a runner up again in 2020."The main strategic error, Hudak said, was not realizing that Air Force 1 In Store Clinton ultimately beat him in 2016 because she swept the African American Jordan Shoes For Sale vote, especially in southern Coach Outlet Clearance states.

These provisions can potentially be invoked where circumstances outside of the employer's control mean that it is unable to provide work to employees. He has 201 receptions for 3,008 yards and 22 touchdowns at home and 156 receptions for 2,089 yards and 11 touchdowns on the road.Cooper joined the MK Outlet Cowboys in a trade with the Oakland Raiders on Oct.