By SJ Otto
It is almost December 25, Christmas in this country, and as much as I love this festive season, I have to put up with those who have deemed themselves holy crusaders to keep Atheists and similar views out of the holiday season.
Some time ago people here realized that Jews don’t celebrate Christmas so some people began trying to include Chanukah in these holidays. In some cities as in New York there are a lot of Jews. There are menorahs and many people say “happy Chanukah.”
A few years ago I studied Druidry and after a couple of years of hanging out with other pagans, I decided to go back to a more humanist approach to spirituality and I adapted the doctrines of Epicurus. Epicurus did not deny the existence of god(s) but decided that gods take care of gods and humans need to take care of themselves. He also told people we should learn not to blame everything on gods. ‘If your house is crushed by an earthquake it isn’t the anger of the gods, you built your house in an earthquake prone place.’ And he didn’t believe in an after-life.
But I still like the fall holidays, so I still celebrate Samhain or Halloween and Christmas which I call Winter Solstice. The solstice was actually the December holiday that was taken over by the early Christians. Many of the old symbols are still used—such as putting a tree in the house and decorating it.
I’m sure many atheists celebrate these holidays as well. So why then do some Christians get so angry if non-Christians want to celebrate this holiday? Why the blatant hatred against all of us by conservative Christians?
An example of this hate is an article in the Huff Post where the president of a Kentucky creationist museum told Fox News that Christmas was a “time to take on the atheists” who used their free speech rights to doubt the existence of God;
“Well, it wouldn’t be Christmas without someone complaining about Christ,” Fox & Friends host Elisabeth Hasselbeck told Creation Museum President Ken Ham, noting that atheists had put up a billboard in Time Square which suggested that Christ was not needed during Christmas.

“You know, the atheist who are a very small minority in the population have been trying to impose their religion of atheism on the culture now for quite a while,” Ham explained. “You know, getting Bible, prayer out of schools. Christian symbols out of public places.”

And the most infuriating statement from this person was;

“I mean, what’s the atheists’ message? There is no God? When you die that’s the end of you? So everything’s just meaningless and hopelessness?”

Why is it that if we don’t believe in god and a religion that focuses on god being more important than anything else we are “meaningless and hopeless?”
I believe that people come first, not gods and not the afterlife. Why then are people like me accused of trying to put doubt about god in people?’ Don’t these Christians have enough faith in their own beliefs that they can stand it when some says “I don’t believe that?”
It is obvious that Ham does not really know what atheists believe, because he has raised the question ‘what do they believe in?’ I notice he didn’t bother to ask an atheist, he just assumed.
Again Hamm from Fox said;

“The atheists are only a small part of the population. And really, it’s that minority, less than 2 percent of the population, that seem to be having such say in our culture, in imposing their anti-God religion.”

I’m not trying to promote anything—I’m trying to celebrate some holidays. I’m part of the culture of this country whether others likes it or not. No one can erase non-Christians and atheist from this country.

Have a Happy Winter Solstice! —Or whatever holiday you want to celebrate! 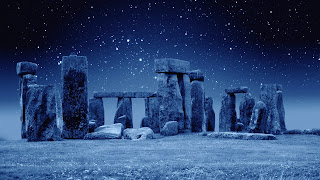