A few months ago Israel continued the trend, world-wide, of people turning ugly, mean and hell bent on destruction as they re-elected Benjamin Netanyahu, possibly one of the most racist and militaristic-war mongers of all time.

From The New York Times:

"TEL AVIV — After a bruising campaign focused on his failings, Prime Minister Benjamin Netanyahu of Israel won a clear victory in Tuesday’s elections and seemed all but certain to form a new government and serve a fourth term, though he offended many voters and alienated allies in the process."

I wasn't at all surprised that Netanyahu won.  is a hardened country of people who seem to believe that waging war is the norm, not the exception. So it appears that the people of  want Netanyahu to continue to push the Palestinians up against a wall. They want continues attacks on their schools, market places and homes. Those people who must continue to rebuild their infrastructures—not once but over and over again. They must continue to burry their dead—not once, but over and over again.
Netanyahu plans a future of perpetual war. He and those who support him are not much different from the very Nazis that persecuted the Jewish people of  during World War II. It is ironic that he can't see the glaring similarities.
The majority of the country seem to be cut from societies where strength, power and brutality are important to their macho egos.
is not alone. Across the world people are electing fascists and wealthy leaders who are determined to wage class warfare against those who have fallen through the cracks of society. Indian Prime Minister Narendra Modi is another good example. Those who have not benefited from the modern-capitalist post-cold war society are learning that these societies demand absolute obedience and it seems the only role for the poor is either pull themselves magically out of poverty or die off living out the last of their lives in the streets.
Our local Republican Party of Kansas is doing this very thing. Without specifically calling for class war fare these scum bags attack the rights and what few benefits the state gives to the lower classes to the point where they seem to demand that people either get off public money or die in the streets. The most cruel actions of the Kansas Republican Party is to prevent poor people from getting ANY help for their medical needs. This party literally wants to kill off the poor through disease.
Of course there is no chance that the  will ever reign in on Israeli war-mongering.  is a sacred cow of  foreign policy and no politician will dare to confront Congress over it.
These are of the most difficult times I have ever lived in. In the past there seemed to be some level heads trying to provide a government that shows responsibility to its citizens. We are in the mist of class war against the lower classes—both at home in  and around the world. The far-far-far right has taken control of both the government and the mainstream press.
It is easy to be a communist when your leaders are nothing but fascist warmongering


We are in a world run by scum. 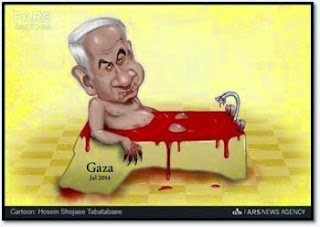